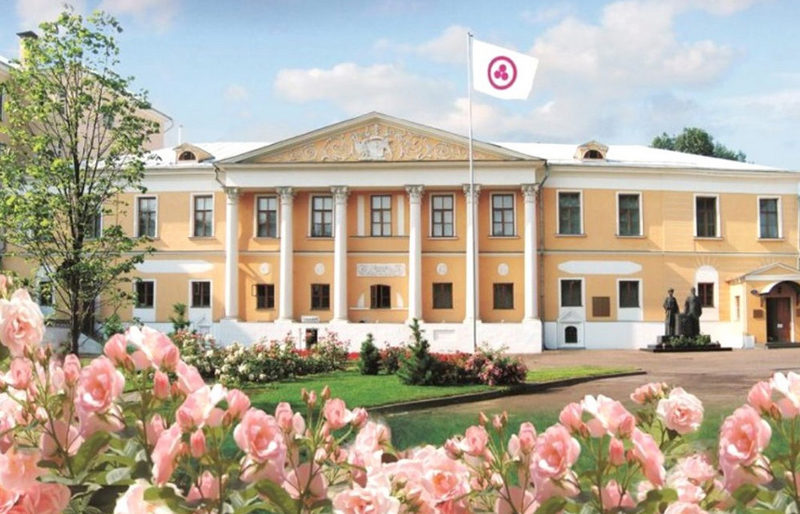 The Moscow Arbitration Court dismissed the proceedings on the application of the Federal Tax Service of Russia to declare the International Center of the Roerichs bankrupt. The process was completed through settlement by the parties.

On July 27, 2020, the Arbitration Court of Moscow approved the settlement agreement concluded between the Inspectorate of the Federal Tax Service of Russia No. 19 (Moscow) and the International Center of the Roerichs (ICR), which involves the reimbursement to the budget of Russia. This means that the court process for declaring the ICR bankrupt has been completed. The information about this has appeared on the ICR website. In the near future the garnishments will be lifted from all bank accounts of the ICR, and execution against it will be closed. The settlement agreement approved by the arbitration assumes the gradual repayment of the tax debt by the ICR, i.e. the organization will have to pay off the entire debt within a year, contributing equal amounts of arrears.

Such a judgement became possible because on June 18, 2020, the Court of Appeal decided to uphold the decision of the Moscow Arbitration Court of February 3, 2020, pursuant to which the actions of the bailiff S. Trubachev were declared illegal. The reference is to the seizure of the ICR property. After the court made the appropriate decision, the bailiff had to remove an attachment from the property of the organization on the same day. The first procedure of its return took place only on July 21, 2020, when the ICR received nine paintings by the Roerichs, and this opened the way for signing the settlement agreement.

At the same time, the State Museum of Oriental Arts refused to return 19 paintings and other property of the ICR to the bailiff for a month under diverse pretexts. The arrest of the property was declared illegal, but most likely the SMOA expected to prevent the ICR from concluding an amicable agreement with the Federal Tax Service. This is made clear by the fact that Nicholas Roerich’s painting «The Black Gobi», being a subject of bail, was under arrest and kept at the SMOA. If it hadn’t been for the investigative bodies of the Ministry of Internal Affairs, this plan would have been implemented.

The property of the ICR passed to the SMOA after the events of April 29, 2017. On that day, the State Museum of Oriental Arts illegally seized the territory of the Lopukhins’ estate, where the ICR was located, and the investigation team of the Ministry of Internal Affairs transferred to the SMOA not only two buildings of the estate and the Roerichs’ heritage, which was there, but also other property of the ICR and even personal belongings of its employees. This action of the investigators of the Ministry of Internal Affairs, who conducted a search in the estate, was an attempt to «legalize» the seizure of the Roerichs’ heritage. By this, the legality of the procedure was not the case, no inventory of the property transferred for custody to the SMOA was not made up, the very fact of the seizure of property was undertaken with violations. The thing is that the reason for it was the investigation in the criminal case against the ex-patron of the ICR B. Bulochnik, the head of the board of the Master Bank, and the actions of the investigators seemed ridiculous. What’s that got to do with the Roerichs’ heritage transferred to the ICR by Svetoslav Roerich personally in early 90s of the last century? However, if we take into account the interest in it on the part of the Ministry of Culture and the SMOA, it is quite possible to find a logic in what is happening.

On July 16, 2020, the Lopukhins’ estate was visited by M. Voronin, an investigator, who can be assumed to act in the interests of the SMOA. The representative of the law enforcement agencies insisted on the decision of the Tverskoy District Court of Moscow, according to which ten paintings of the Roerichs were subject to arrest on the request of the investigator. But it is these pictures which were earlier released from arrest by the bailiff. Was it an accident?

It’s hard to believe, especially if to take into account that among the arrested paintings there is a canvas, which is the subject of bail. It cannot be ruled out that the arrest of the paintings was intended to prevent the signing of the peace agreement and, as a result, to contribute to the launch the ICR bankruptcy proceedings. As noted in the ICR, the SMOA is interested in this. On July 21, 2020, a court session was to be held, at which it was planned to approve the procedure of peace agreement, thus, there were only a few days left until this date, and ten arrested paintings were again transferred to the custody of the SMOA.

It became known recently, that the State Museum put the Roerichs’ heritage in permanent storage. This action could be considered a violation of the current Russian legislation, as well as the ethical code of museum workers for this is completely unacceptable and not properly to use similar methods to replenish their collections. Against this background the disdainful attitude of the SMOA leadership to the Roerichs’ heritage, which is observed on its part when organizing exhibitions, looks quite understandable. By the way, in February of this year the heads of a number of State museums became concerned about the fate of the Roerichs’ heritage because of the lack of proper conditions for paintings exhibiting. They pointed to violations of the temperature and humidity regime necessary for storing the paintings, as well as their location, which made the exhibition similar to a warehouse. The SMOA management did not agree with the claims.

The ICR assumes that after a while, these ten paintings arrested by the investigator M. Voronin, may be among those accepted for permanent storage. Thus, there are dubious and clearly illegal methods of replenishing the storage facilities of the SMOA, in which employees of the investigative bodies of the Ministry of Internal Affairs are also involved.

Nevertheless, despite the difficulties encountered, the ICR managed to sign a settlement agreement with the tax authority, its representatives quickly agreed on all necessary documents, and on July 24, 2020, the agreement was signed. As a result, it was possible to present it during the court session for the approval of the court. The ICR thanked everyone who helped and supported them all this time, but emphasized that there is still a lot of work ahead, since the will of Svetoslav Roerich, who passed on the legacy of his family to the ICR and chose the Lopukhins’ estate for it, must be fulfilled. They highlighted that earlier the estate was literally restored from ruins, and the State did not finance this process, all restoration work was carried out exclusively with public donations.

Let us recall that the ICR has been fighting for justice for several years and trying to return everything that was appropriated by the SMOA after the seizure of the Lopukhins’ estate in April 2017. We are talking about paintings, books, archival materials and other valuables totaling about 18 thousand exhibits transferred to the «safekeeping» of the SMOA without compiling any inventory.

04.12.201704.28.2017
STATEMENT Regarding the unprecedented act of violence against the non-governmental Museum named after Nicholas Roerich of the International Centre of
Featured Official

09.20.201709.21.2017
Dear compatriots! It is known that for several years a number of state officials have been doing systematic «work» to
Opinions

VLADIMIR PUTIN: You have dedicated your life to selfless and enlightening activity

It is ordered to evict. ICR report on the published decision of the Arbitration Court

Open letter to the President of the Russian Federation Vladimir Putin