>Official>International scientific and public conference «Philosophy of the Cosmic Reality and New Scientific Mentality. On the 100th Anniversary of the Creation of the Living Ethics». Moscow, October 8–10, 2020. INFORMATIONAL LETTER
02 Jun 2020
92 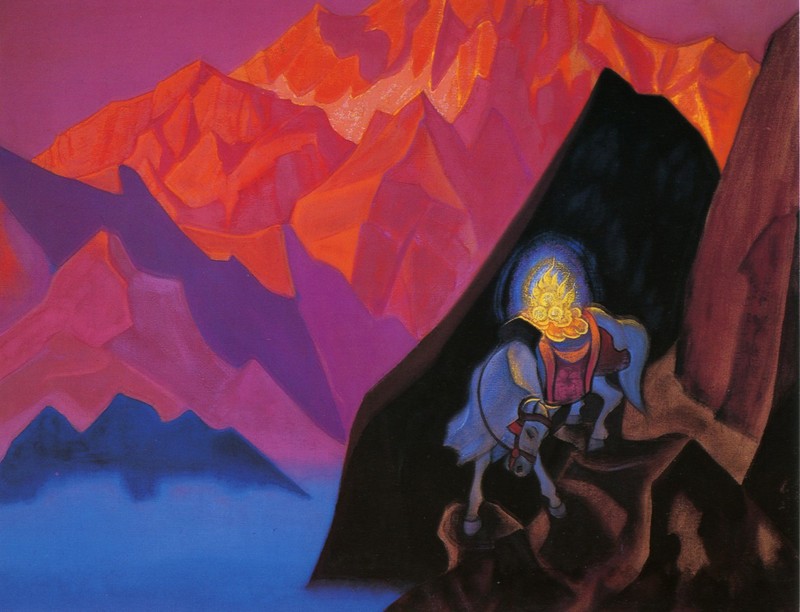 Organizers of the conference:
International Centre of the Roerichs

2020 is the year of the 100th anniversary of the creation of the Living Ethics – a philosophical doctrine about the evolution, nature and interaction of cosmos and man, which can be attributed to the most valuable possession of Russian cosmism. It is focused on the formation of a holistic worldview. The Living Ethics occupies a special place among philosophical systems in terms of energetical, innovative, cognitive and axiological potential. It combines the best achievements of Eastern and Western, including Russian, philosophical thought, collective experience of scientific, philosophical, artistic and spiritual cognition of the world. Such a broad worldview synthesis is reflected in the language and text constructions of the Living Ethics, which have no analogues in the world philosophical literature.

This philosophical system created by Helena Roerich in collaboration with the Teachers of the East, states moral and spiritual foundations of life. these ideas permeate the creative heritage of the Roerichs family which includes scientific, philosophical, artistic, literary achievements, as well as all their cultural, educational and public activities.

About one hundred years ago advanced philosophers and scientists in Russia and abroad (V.I. Vernadsky, A.L. Chizhevsky, T. de Chardin, A. Einstein, N. Bohr and others) already understood the necessity of a new scientific methodology that expands the boundaries of understanding the world cosmic process where a man lives and creates. They gave a new level of perception of life as «the cosmic expression of reality, which reflects in such categories as space-time, matter and energy» (V.I. Vernadsky).

The latest discoveries in the field of quantum physics, cosmology, theory of consciousness etc., shew modern science the necessity to create a new philosophy and a new methodology of cognition able to form a holistic approach to the phenomena of nature and human society. According to the prominent researcher L.V. Shaposhnikova the Living Ethics as the «philosophy of the cosmic reality» has answers to many «unsoluble» questions of humanity related to the contemporary problems of modern civilization, gives science unconventional new opportunities for understanding the processes of world evolution, contributes to the formation of new cosmic mentality and a new system of cognition.

One outstanding humanistic project of Nicholas Roerich, the Roerich Pact, is connected with the ideas of the Living Ethics about the decisive role of culture in the evolution of humanity. It is a Treaty on the Protection of Artistic and Scientific Institutions and Historic Monuments, signed by representatives of twenty one States of the Pan American Union, including the United States, in 1935. It became the basis for the creation and activities of UNESCO, as well as the adoption in 1954 of the Hague Convention for the protection of cultural property in the event of armed conflict.

Every year, as humanity enters a new global crisis, the relevance of this philosophy, proposed by our outstanding compatriots – the Roerichs, increases.

The purpose of this conference is to recognize the Living Ethics as a unique phenomenon in the world and Russian philosophical thought, to draw the attention of the scientific community to its scientific, cultural and peacemaking potential.

The Organizing committee invite scientists, cultural and public figures to take part in the conference and disscuss following problems:

1. Philosophy of the Living Ethics and scientific mentality:

– problems of interpretation of modern natural-science and humanitarian approaches and theories, concepts of human and cosmic evolution in the light of the philosophical ideas of the Living Ethics;

– nature of consciousness and mentality, matter and energy, space and time;

– philosophy of culture and cultural and creative potential of the Living Ethics, contained the principles of forming a new society which is based on the priority of Culture, where the idea of community is reasonably shown as a way to overcome modern crises;

– problems of actualization of the Living Ethics ideas in the space of modern Russian culture.

2. The Living Ethics about art as a way of cognition.

3. The Living Ethics in the creative heritage of the Roerichs’ family: new approaches in modern researches.

– Helena Roerich’s epistolary creativity as a comprehensive commentary on the texts of the Living Ethics;

– The Roerich Pact, its cultural and moral aspects as a reflection of humanistic ideas of the Living Ethics.

4. Scientific comprehension of the Living Ethics in L.V. Shaposhnikova’s works.

The selection of the reports is held on a competitive basis. The organizing Committee will announce the inclusion of the report in the conference program by September 7, 2020.

Please, send abstracts to the secretary of the Organizing committee Samoilova Nadezhda nadegda27@yandex.ru.

05.01.201705.06.2017
Dear Ms. Irina Bokova! You are addressed by the employees of the Non-governmental Museum named after Nicholas Roerich and the
Media

Yuri Samodurov:“Discrimination of the Staff of the Non-Governmental Museum Named after Nicholas Roerich Is Unfair and Illegal!”

02.17.201802.18.2018
I wish to draw attention of cultural figures, journalists, human rights activists and other readers to the fate of the
#SaveRoerichMuseum

The Roerichs are evicted. The Ministry of Culture gets rid of the Memorial with the ashes of the Roerichs